To improve your chess, practice the things that matter most 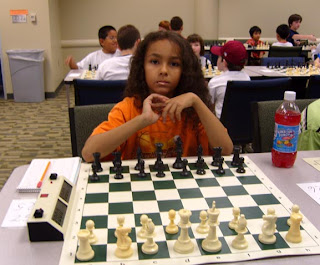 Whether that’s an exaggeration or not, there is no question that tactics are important. Let’s be grateful, then, to two local chess players, Niles North High School star Ilan Meerovich, and another, screen-named SashaD, with whom I am not familiar, who have posted some online resources for tactical study at Chess4Chicago.com. Go get ’em, and enjoy.

Another area in which all new chess players should be proficient is basic endgames, particularly where you have a rook and a king or a queen and a king against your opponent’s solitary king. These endgames come up frequently, though if you don’t know the technique for delivering checkmate, the game will end in a stalemate, and you will get a draw in a game you should have won. Learning the technique isn’t hard, and all young chess players should master it. Learn about rook endings here and here; queen endings here and here. To practice what you learn in a fun and interactive online setting go to Chess Magnet School.

Sad News. I received word earlier today from Brad Rosen, also known as Chessdad64, that his father, Gene Rosen, died yesterday, quite suddenly and unexpectedly. Brad is a pillar of the Illinois and the Chicago-area chess communities, and many people know him through his blogging, the successes of his son Eric, one of the strongest young chess players in the area, and Brad’s unstinting support for the growth and improvement of chess culture, especially for kids. I consider myself privileged to call Brad a friend, and my thoughts and hopes go out to him and his family at this sad time.

I created a post based on your comments about Brad's father's death. Thank you for informing us of this; my sincere condolences to the family.