No Room for Snobbery

I found this item from the Falmouth Penryn Packet, in Falmouth,U.K., simply charming. Why don't we have more reports like this in American newspapers?

CELEBRATIONS to mark the first anniversary of The Railway Tavern's Wednesday night chess sessions take place this week. More players are needed to keep the nights interesting as they appear to have settled into a bit of a hit and miss affair with two

or three out of five regulars turning up on any one night.

Anyone is welcome from complete beginners who want to learn chess to accomplished players who just want to show off! All will find that there is no room for snobbery as the current players are from all walks of life, coming simply to enjoy a game of chess in convivial surroundings and a friendly atmosphere.

There are at least six boards to play on and one player capable of playing simultaneous games so nobody should have to wait to play.

The Agony of Defeat; the Thrill of Victory

One loss, one win. Both are pretty crummy games, but perhaps there are some beginners out there who can benefit from seeing how not to play. And if it's quality you want, there are plenty of other blogs with that.

Can We Get the Senator a Bluetooth?

Probably not much. I hear he has bigger issues on his mind these days.

So Long, Coach—and Thanks 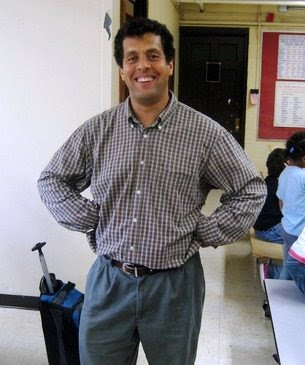 It was five years ago this summer that my son Michael and I ran into our friends Emil Sidky and his son Nikolaj Reiser in Nichols Park one afternoon and discovered that like us, they liked playing chess. Both kids were about to enter first grade at Ray, and almost instantly the thought of starting a chess club at the school struck all four of us as a brilliant idea.

That fall we founded the Ray School Chess Club, and since then I have been privileged to work in double harness with Emil to give the kids at our school a place to learn and play chess. He and I have had a division of labor, and there is no question whatsoever that Emil has done the most important work. It is he who has taught chess and run the meetings—sometimes with help, sometimes without it—probably 150 Monday afternoon sessions since that first one in 2003.

Emil has been the backbone of the Ray School Chess Club, the only person whom the club simply couldn’t have done without.

Of course, starting next fall we will have to do without him, since Nikolaj is leaving Ray and Emil will move on to other things. I would therefore like to take this occasion to thank him for all he has done these past five years to make Ray’s chess program one of the best in the city.

Thanks, Coach, and good luck always.

Another Year Come and Gone 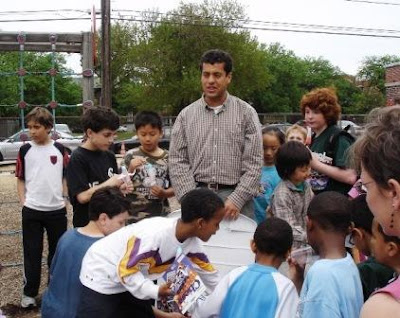 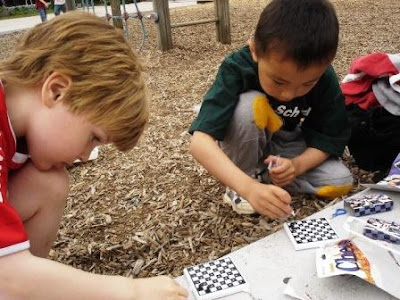 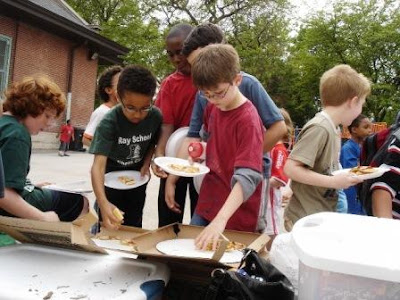 This was the scene last Monday at the final meeting of the year for the Ray School Chess Club. It was pizza in the schoolyard and the traditional end-of-the-year chachkas for all the kids. This year, alas, we also bade farewell to the chess club’s founding coach, Emil Sidky, who is moving on after this year.

Photos by Chihlan Lu. More of them here.
Thanks to Lu and also to chess moms Teresa Parker and Julie Vassilatos for organizing the festivities.


Next item: Obama's running mate. Will he choose the lady from New York?