Some jazz, some blues

And this one, too, just because I love that Les Paul goldtop:

Is This What Plato & Aristotle Fed Their Felines?

Don’t get me wrong. I’m not in favor of undue government interference in private enterprise, but shouldn’t somebody stop a cat food company from positioning its product as “classic pate”—on the grounds that it constitutes a criminal insult to public intelligence?

Sometimes when you blunder away a piece you lose the thread and your game falls apart. To wit: 25. Rh3. Been there. White loses on time, but it was all over anyway. 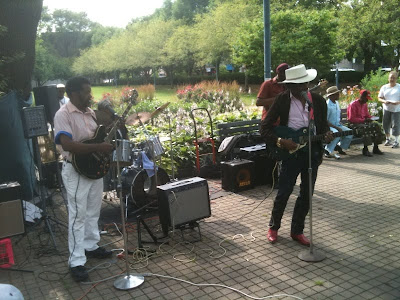 To Be Determined
August 8

To Be Determined
September 5 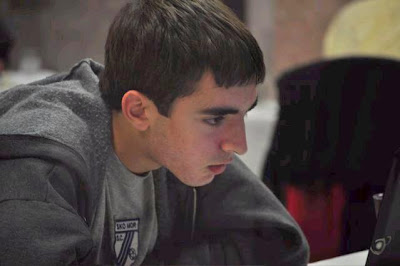 Congratulations to NM Eric Rosen of the Chicago Blaze, who drew wunderkind GM Ray Robson in the first round of the U.S. Junior Closed Championship now taking place in St. Louis, alongside the U.S. Women’s Championship. Take a look at this exciting game, with strong threats on both sides of the board.

Since I’m not competent to comment on chess at this level or any other for that matter, let’s get the annotation from the press release of the Chess Club and Scholastic Center of St. Louis, which is hosting both the junior and women’s tournaments:

“In a match-up that featured the greatest rating differential in the tournament, Robson (2613) took on NM Eric Rosen (2209). Rosen did not let the 404-point difference faze him.

“’It was a hard pairing, playing Ray in the first round,’ Rosen said. ‘It’s always good to play the strongest player to get them out of the way.’

“Robson said it was a complicated position in the middlegame that led him even deeper into time trouble.

“This allowed Rosen to fork Robson’s rook and queen, winning the rook and putting pressure on the defending champion. Robson managed to advance his a-pawn down the board and, after a series of rook checks by Rosen, the two agreed to a draw.”