The end of an era at Ray

Last night I had the privilege of attending a dinner honoring Ray School Principal Cydney Fields and Vice Principal Dolores Lobbins at Maggiano’s restaurant on the Near North Side. There must have been 200 people there, including Ray teachers who long ago retired or moved on to other schools. This was an event nobody wanted to miss. 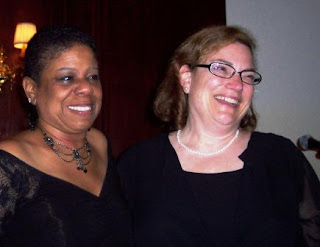 As you know, Ms. Fields and Ms. Lobbins both retire at the end of the school year, and with them go two of the best friends the Ray School Chess Club has ever had. Both Cydney and Dolores have given the chess club their unstinting time and support, and we couldn’t possibly have built the kind of program we have now without it. 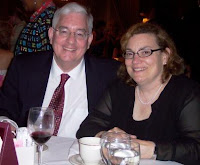 Examples of the help they've given us are too numerous to name, but I'll mention a few. When we started the club four years ago and had no equipment, Ms. Fields just went out and got it. Voila! To this day I don’t know where it all came from or how she got it so quickly. And Ms. Lobbins? Don’t get me started. She’s been there for us: Every. Step. Of. The. Way. She's found rooms for us to meet when we needed them, more rooms when we needed them, and this year, as if wielding a machete, she cut a 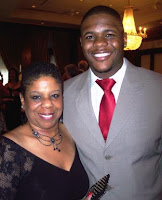 swath through a thicket of administrative obstacles so we could have a citywide chess tournament at Ray last March.

Both of them have been forced to stay at school when parents were late picking up kids, and they've done so cheerfully. (My apologies, ladies.) They have given us everything and denied us nothing.

I could name many more examples of their support for chess at Ray, but I think it’s more important simply to say thank you, Ms. Fields and Ms. Lobbins, good luck and good health to both of you, and we will miss you. Big time.

The importance of supportive adminstrators like Ms. Lobbins and Ms. Fields for a sucessful school chess program cannot be overstated.

I have heard many stories about school adminstrators across the country who are either indifferent or some times even down right hostile towards launching and supporting chess programs. Ray School should consider itself fortunate indeed.