Pummeled by the Pugilists

In another close contest against a league leader that looked like it could end in a draw, the Blaze ultimately came up short Wednesday night, losing 2.5-1.5 to the New Jersey Knockouts, the only USCL team with a perfect record, which now improves to 5-0.

The Blaze, by contrast, fall to 1-4 at midseason and are in serious need of victories in the coming weeks if we are to keep our playoff hopes alive.

There are always bright spots, even in defeats, and this week’s was the victory by newly minted NM Eric Rosen over Jersey’s NM Andrew Ng in Eric’s first game as a Blazer. The game marks another milestone in the annus mirabilis that has been 2009 for the Niles North High School sophomore, who this year has earned the national master title, won the U.S. Junior Open, beaten one grandmaster, and drawn another. In the latest USCF rankings, Eric is number five nationally in his age group, his highest ever.

Though it certainly would have been a better match if we’d won or drawn, it was a good one nevertheless. The toughest assignment of the night went to Chicago's IM Jan van de Mortel, who had to face the former U.S. Champion GM Joel Benjamin with the Black pieces. Jan played a strong game that looked drawish in the middle game to some onlookers, but Benjamin was able to take control and win. FM Mehmed Pasalic fell behind in time to his higher-rated opponent, IM Albert Kapengut, and Jersey was able to put that one in the W column as well. In the final game of the night to end, IM Angelo Young struggled mightily for a victory that would have drawn the match, but before his kingside attack could get underway, his opponent, SM Mackenzie Molner, found strong counterplay and hung Angelo up on the queenside. The game ended in a draw. Remarkably, however, Angelo remains undefeated in USCL competition. 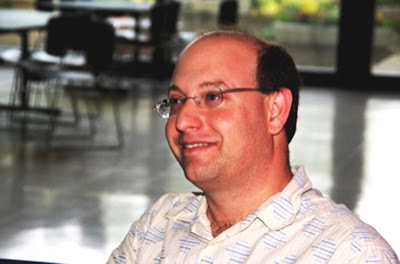 Here are the games by board:

Special thanks to Maret Thorpe, who served as our Celebrity Tournament Director for the night. It’s a short week. Monday night we play another Eastern Division team, the Philadelphia Inventors, arguably the chessical descendents of Ben Franklin. See you then.

In other developments, Blaze Manager Glenn Panner confirmed that, contrary to popular belief, he and Joel Benjamin are not one and the same person.

Here's a report on the match from the Knockouts blog and from the ever-excellent Michael Goeller.