You don’t hear the word “brilliancy” in everyday usage, but in chess the word has a popular and specific meaning, referring to a game that is, well . . . brilliant. International Master Jeremy Silman defines brilliancy as “A game that contains a very deep strategic concept, a beautiful combination or an original plan.” Grandmaster Yasser Seirawan has published an entire book of brilliancies, plural. 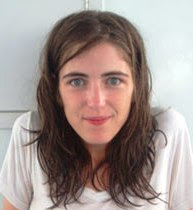 And sometimes, when you play a brilliancy, your achievement is duly recognized, as it was for Woman FIDE Master Elizabeth Vicary, a competitor in the recently concluded U.S. Women’s Championship in Stillwater, Oklahoma. Elizabeth didn’t win the tournament—Irina Krush did that—but thanks to a special prize from the Web site Goddesschess.com, Ms. Vicary won $300 for a thrilling game against Woman Grandmaster Camilla Baginskaite, in which she defeated the higher rated player with the black pieces, playing the Bogo-Indian Defense. (I confess I don’t know that opening well, though I have always liked the sound of it. It’s named for the late Grandmaster Efim Bogoljubov, who played it frequently.)

It was an exciting game. One commenter on Mig Greengard’s Daily Dirt blog called it “a kitchen-sink attack . . . Thrilling to watch - I was on edge for the final 10 moves or more.”

Sacking the Exchange
I haven’t seen the game annotated anywhere, but Elizabeth herself comments on it in a blog post at the USCF site. Note that she likes “sacking the exchange,” as she does with 21...Rxb4, allowing her rook to be captured, for which she gets only a knight and a pawn in return. The term refers to giving up your rook for a minor piece, the intention being to get some kind of compensation for the sacrifice, such as a positional advantage or a better attack. See what GM Robert Byrne had to say about it 20 years ago.

As you may know, great chess players are not compensated the way rock stars and major-league ballplayers are. The figure above is not a typo; $300 is what you get for a brilliant chess game. Barely enough to make a dent in Elizabeth’s stay at the Stillwater Quality Inn during the tournament, though I guess it’s better than a poke in the eye with a stick.

Play through the game, and enjoy. Congratulations, Elizabeth.

Endgame: Congratulations to Eric Rosen for winning the recent blitz tournament at Evanston Chess and to Vince Hart for taking first place in the club’s “economy open.” Vince blogs about his chess adventures occasionally (hat tip: Chessdad64), so maybe we can expect some commentary on this tournament, if he is so moved. . . . Congratulations to Ron Washington and the other woodpushers at the North Avenue Chess Pavilion, who got some high-profile coverage last week from the Chicago Reader, in addition to our recent post. The Reader's Ted Cox did a nice job on the article, despite having run smack up against the pavilion's top two players in his first encounter with chess in many years.