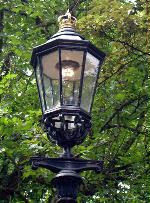 I almost forgot to tell everyone that the Evanston Chess Club, which is rapidly becoming one of the great chess success stories in the Chicago area, will hold its third (or fourth?) “economy open” tomorrow, with registration beginning at 9:00 a.m. With an entry fee of $5.00, it’s the cheapest chess tournament you’re likely to find. It’s unrated, and I have it on good authority that the people are very nice.

Though it only started last February, Evanston Chess is rapidly becoming the area headquarters for friendly and relaxed adult chess. Details on tomorrow’s tournament here.

Also make a note of their next blitz tournament, on November 17. (But note as well that Ray kids will be playing in a tournament at Disney School that day.)