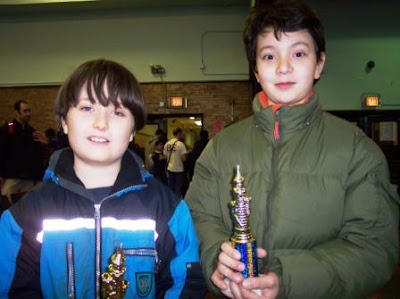 It wasn’t the best of times, it wasn’t the worst of times; for the Ray School chess squad it was somewhere in between at yesterday’s tournament at the Julia Ward Howe School on the West Side, organized and directed by the Youth Chess Foundation of Chicago.

Ray’s Sonam Ford and George Vassilatos did win trophies at the sparsely attended meet, though the big winner of the day was Coach Trevor Scott’s Disney Magnet School, which won the team competition as it has so many times in the past year. Disney may now have eclipsed Burbank as the dominant elementary school in the Chicago public schools. 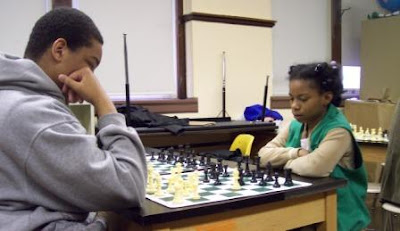 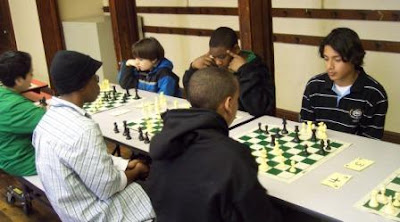 Peterson Elementary’s Jace Miyagi won the intermediate division, and top honors in the beginner’s section went to Justin Buschnyj of Burley School. The tournament’s overall champion was Brandon Truitt of Burbank, who won the advanced section, though not before Sonam spoiled Brandon’s perfect score for the day by beating him in a thrilling final-round game. Sonam finished in second place overall with 3.5/5. George’s 4.0/6 gave him an eighth-place finish and his second trophy this year in the beginner section.