Congratulations to IM Ben Finegold of Michigan, who has won the 7th North American FIDE Invitational tournament, which concluded yesterday here in Chicago. Ben finished 8.0/9, edging out out Illinois state champ IM Angelo Young by a point. Dr. Tansel Turgut finished right behind Angelo with 6.5/9, and he too is to be congratulated for earning a norm toward the International Master title.

See all the games here. 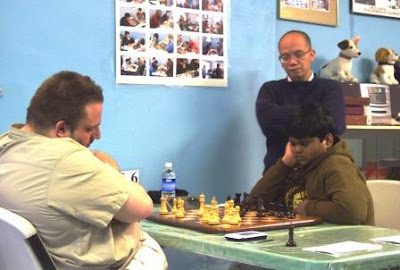 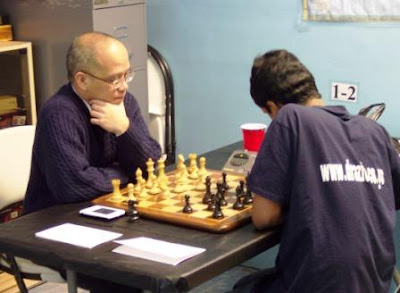 IM Angelo Young (white pieces) vs. IM Arjun Vishnuvardhan
Congratulations to tournament director Sevan Muradian of the North American Chess Association for another successful FIDE tournament in Chicago and to IM Young for hosting it at his Touch Move Chess Center, which incidentally now has a blog.