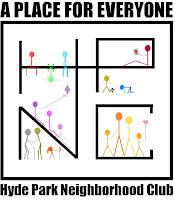 HPNC executive director Peter Cassel confirmed the schedule.
The first tournament will be on Sunday, September 30.

The new series is a natural outgrowth of a rapidly developing relationship between CEP and the Neighborhood Club. International Master Jan van de Mortel of CEP offered a chess class at the club last winter and spring, and the organization staged a tournament there last June in which Ray kids won big.

The new tournaments, which will be widely publicized and will draw players from all over the city, will be harder for one school to dominate, which means they'll be more fun. They will probably be rated tournaments for which U.S. Chess Federation membership will be required, and there will be an entry fee of $20.

More information as it becomes available. For now, please mark you calendar for September 30. Other tournaments are tentatively scheduled for November 4, December 2, January 6, February3, March 2, April 6, and May 4. Good turnout in the early tournaments will insure that the later ones take place, so please plan to attend some of these events. This is a great opportunity for all junior chess players in Hyde Park.