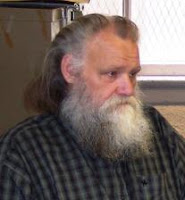 Tom Larson, the former chess coordinator for the Chicago Public Schools who presided over several tournaments attended by Ray School chess kids, is serious ill, according to a report by Illinois Chess Association President Chris Merli posted on the organization’s online forum.

According to a communiqué Chris received from Tom’s brother, Tom is in the surgical intensive care unit of a hospital in Regina, Saskatchewan, Canada, close to where he now lives. Details here.

I join Chris and other chess people in Chicago in hoping Tom rallies quickly and recovers.