In the Magic Kingdom

Tournament results are here and more photos are here. 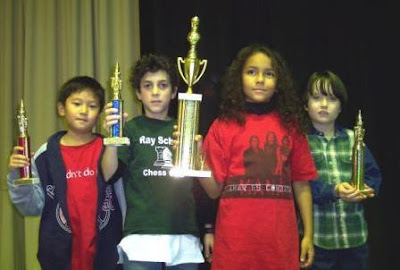 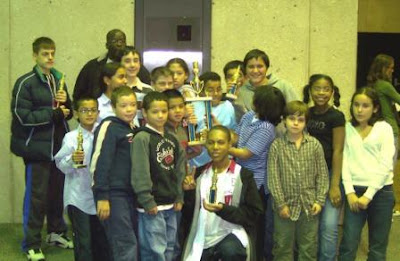 The Disney Team
Some of the highlights:

Four Ray players won trophies at the event, including fourth grader Phillip Parker-Turner, who was the tournament’s top player overall, finishing first in the Advanced division. 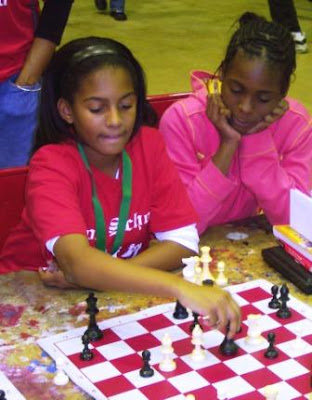 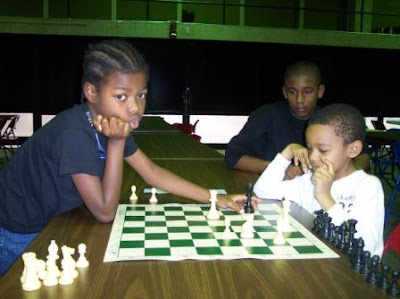 Ray’s Sonam Ford, playing his first tournament in the Advanced group, won a trophy for coming in third in that category. Finishing second, between Phillip and Sonam, was Burbank Elementary star Christopher Velazquez, who handed Phillip his only defeat of the day.

Fifth grader Andy Margulis of Ray finished fifth in the 80-player beginner division, which was won by Cook School’s Nyshya Pollard, who was playing in her first YCFC tournament. Since it was Andy’s third top-ten finish, he will advance to Intermediate at the next tournament, as will Nyshya automatically for coming in first.

Two new schools, Cook and Clinton, joined the league for the first time, and Fulton School, under Coach Eric Santos, returned after having made its first YCFC appearance last spring.

Unsolved chess mystery: Powerhouse Burbank Elementary, 21 strong, came with its normally huge contingent of players, yet I didn’t see one of their signature blue shirts all day. Is being inconspicuous part of Burbank’s new strategy?

Congratulations to the YCFC’s Mike Cardinale, John Lee, Saadiq Sajjaad, and their legions of volunteer helpers, for an excellent season opener. Next tournament: December 15, at a location to be announced. Watch this space for details.

Great pics and coverage. Good to see Cook there. I remember all of those kids from a couple of years back.