The holidays are over, and chess season is (almost) back in full swing

Chess Education Partners brought its traveling road show to Hyde Park again today with another tournament at the Neighborhood Club. Dozens of kids battled it out for four rounds, even though attendance was down a bit from the throngs that attended CEP’s December event. Clearly, many people still weren’t back from holiday break, including Ray School, which alas had no players to the meet. 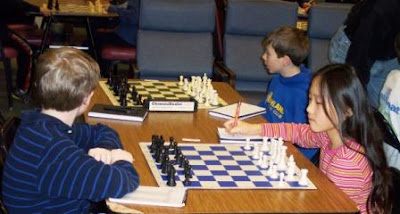 Plenty of other kids had a great time, however. The winners: 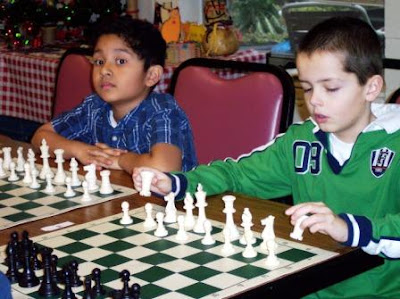 MEANWHILE, ON THE NORTH SIDE. Two Ray players, Phillip Parker-Turner and Sonam Ford, did make it to the first Scholastic Chess Championship at IM Angelo Young’s Touch Move Chess Center on Saturday. Phillip finished in a tie for first with two other players, including Xu Yue, who, you will note, won the Elementary division in today’s tournament. She had quite a weekend.